As told by Elizabeth: In the summer of 2014, we were driving down the road listening to music and enjoying the warm breeze while our 15 month old snoozed in the backseat. Andrew turned to me and said “what do you think of the name Alistair? You know for one day when we have our boy?” Given our history of Infertility before our first baby was born and the complications that occurred during her birth; up until that point I hadn’t really allowed myself to dream of more children. I wanted more but I was trying to protect my heart. But hearing him speak that just as fact… *when* we have *OUR* boy! It lit a fire in my heart. And when I heard that name! Alistair, it was as if I’d run into a brick wall. I laughed and gasped and kept repeating it over and over. There’s was just something about it. And for the next 14 months that name would never be far from my mind… from January-may of the following year we were TTC… with no success then I began to have some health issues so we stopped and I focused on getting well. We started trying again in August.

Fast forward to September, just a few weeks later, our life was suddenly upside down. Andrew (our sole provider) very unexpectedly lost his job, we immediately stopped TTC. But 17 days after he lost his job, I woke from a deep sleep early in the morning from a horrible dream; and very clearly heard the Holy Spirit say “go take a pregnancy test” so I got up and took one LOL and it was immediately positive. I was in such shock! My dear grandmother who was much more like a mother to me was very ill (and would pass away not 6wks after we found out about the pregnancy) we were surrounded by stress and uncertainty. I was afraid of the pregnancy and birth being the same as Mira’s had been; I didn’t want that! This time I wanted to keep my power. I wanted to labor and birth on MY terms. I wanted to make choices based on my instincts and not someone scaring me. This time I had something to prove… Not to anyone else, but to myself.
The holidays of 2015 were surrounded with having a preventative cerclage placed and recovering from that and then being on bed rest for the next few months til we were out of the danger zone, which for incompetent cervix last until 28 weeks. I basically held my breath during that time; I tried to enjoy my pregnancy but it was hard for being so worried. After we passed the 28th week the excitement kicked in. We spent a lot of time at the encouraging of our doulas considering what our ideal birth would look like… This really helped us, not because our birth went exactly how we envisioned but because it was important to think and consider all the possible details we may encounter along the way.
Around 37 weeks I began having regular bouts of consistent contractions. I was hopeful every time. As my due date came and went, I was anxious and so excited. My daughter had been born at 40+5 days. So that was like a beacon of sorts in my mind. I’d tell myself “he’s going to wait til then” not because I necessarily thought he’d gestate exactly as long as she did… But it help me cope with waiting to remember how long she cooked. On my due date I got a massage and it caused some contractions. I got excited! They stopped. This continued every day for the next 2wks. Each time they would be very close together and increasing in intensity before just abruptly stopping. I got frustrated. My doula reminded me that this was my body preparing. So we waited… And waited… And waited… At 40+6 days (the day I was officially the most pregnant I’d ever been lol) I started acupuncture to bring on labor. This is what I did with my daughter and she was born two days later! I continued getting acupuncture everyday for a week. It never once caused me to contract lol. The anxiousness was building.
The following Saturday evening I was 41+3 I had 6ish hours of intense contractions! They were double and triple peaking and I had to be on my feet… I was squatting a lot. I thought for sure this was it. We finished packing. Alerted my friend that would come and stay with my daughter. And then as quickly as they started… They.just.stopped. I spent the next 24hrs or so in a really dark place… I was just consumed with the “forever pregnant” feeling. I spent hours that day sitting in my rocker in my room and staring out the window at the trees blowing in the wind and wishing I could just fly away… Just fly away and come back when this was all over… It was such a head trip. And I wanted off the crazy train. I wanted to escape my body. I just sat there crying and singing “It is well” softly… Intense! By that evening I was overcome with the feeling that it was time to meet this baby. I was never worried for his safety, just had a strong feeling his birthday was soon! 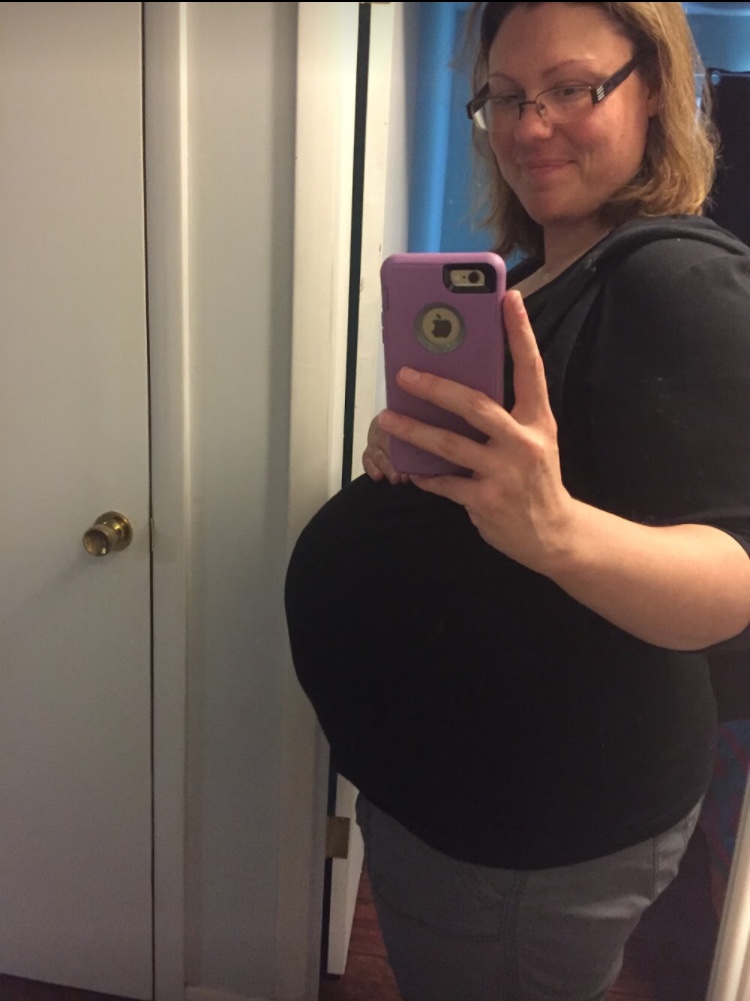 (Last bump pic 41+4)
The next morning my phone rang pretty early; it was my doctor calling to talk. He was never pushy and repeatedly said it was my decision, but at the very least as I was approaching 42wks he wanted to check the baby and make sure he was hanging ok. So we decided to head to the hospital later that afternoon. I loved how when I asked him what time I should come he just responded with “whenever. We’ll be here just come on up to L&D and we will hook you up for a bit” so respectful of this being my body and my baby. On the way to the hospital we went and saw my favorite chiropractor for one last adjustment and acupuncture treatment. We were laughing so hard as I sat there and she pushed on all the pressure points and I didn’t have ONE contraction. Not one! LOL! We stopped and got some lunch at five guys and arrived at the hospital a few hours later and they checked the baby out and he was perfectly happy and doing very well. I asked them to check me because up to this point I hadn’t had any vaginal exams, so I had no idea if I was even dilated at all! Turns out I was 2cm and about 50%! Progress! At that point knowing how much I wanted to avoid meds… The dr offered to place a Foley catheter, to manually open the cervix to 4-5cm and hopefully kick me into labor. He gave us some time to think it over and we decided to go for it. Once we told them we wanted to do the foley, they told us it would be a while since they had an emergency to deal with. So I texted my friend and arranged for her to meet Andrew at the house. Then he left to head home with Mira… My first baby. I hugged and hugged her and squeezed her within an inch of her life. She was giggling and squirming to get away but I couldn’t help but feel suffocated by the feeling that this was the very last time I would hold my only child in my arms… It was heavy and surreal. And when they left, I sat there alone and sobbed and sobbed. 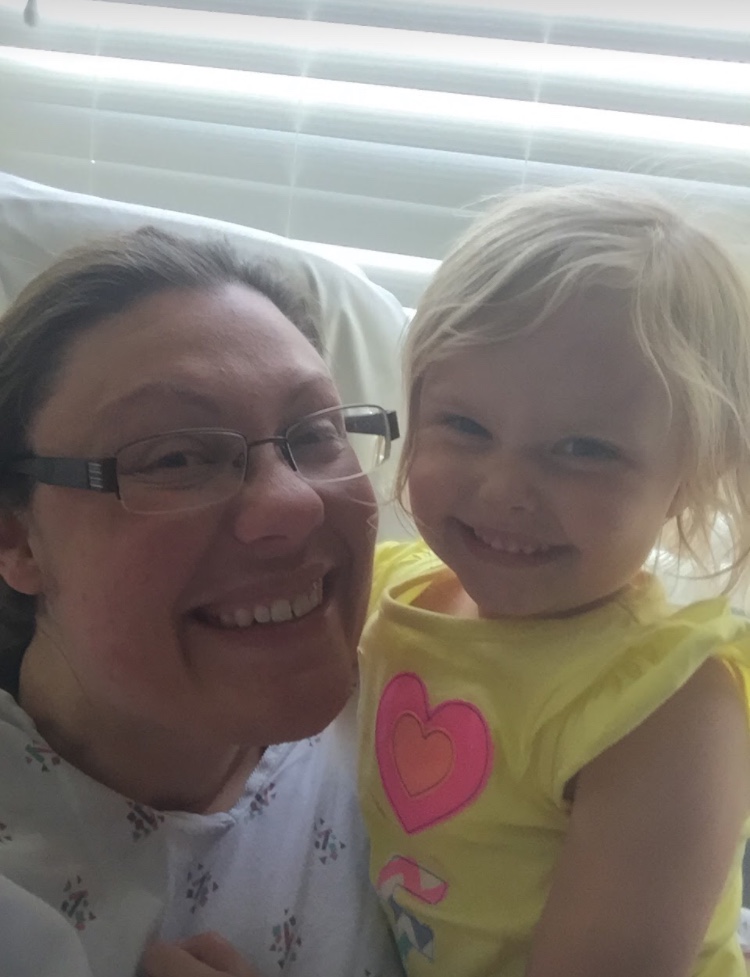 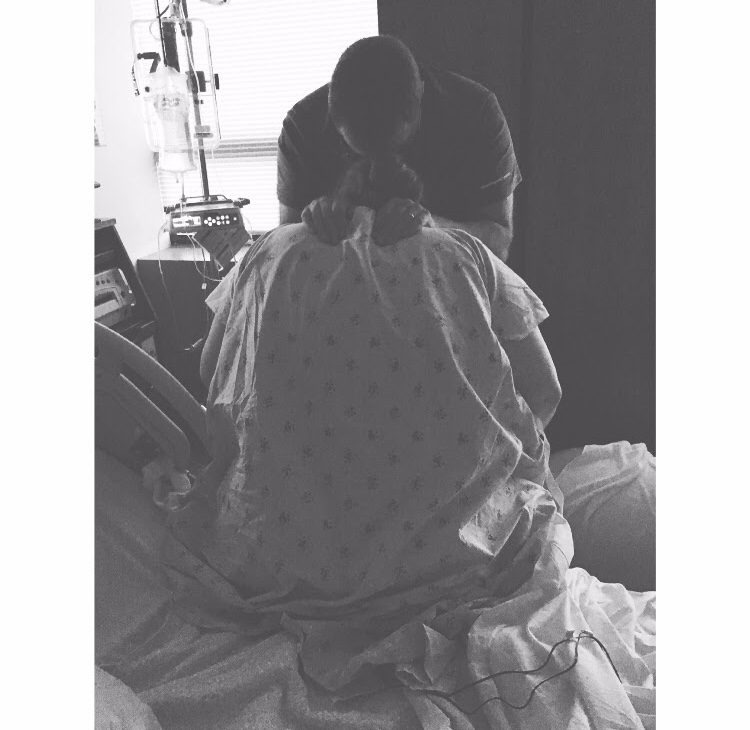 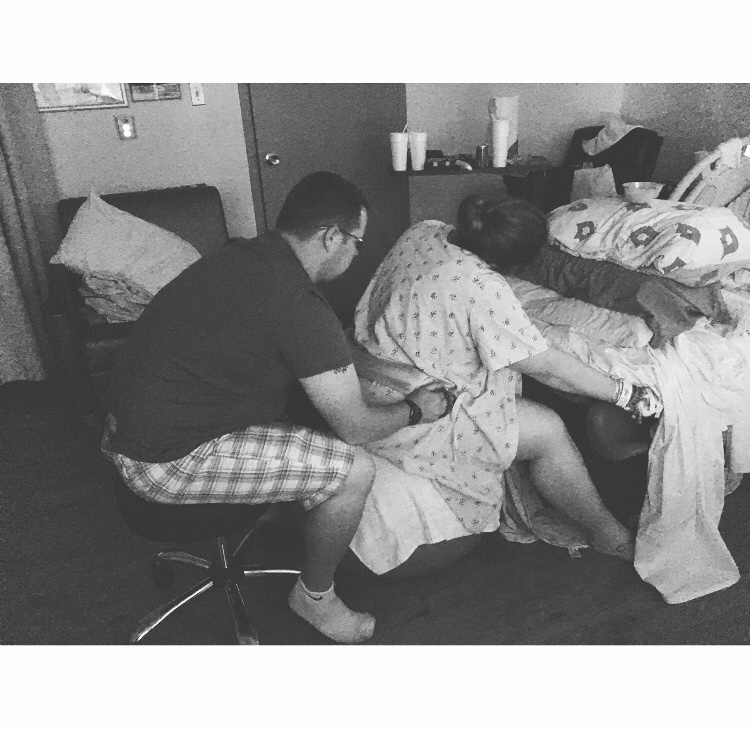 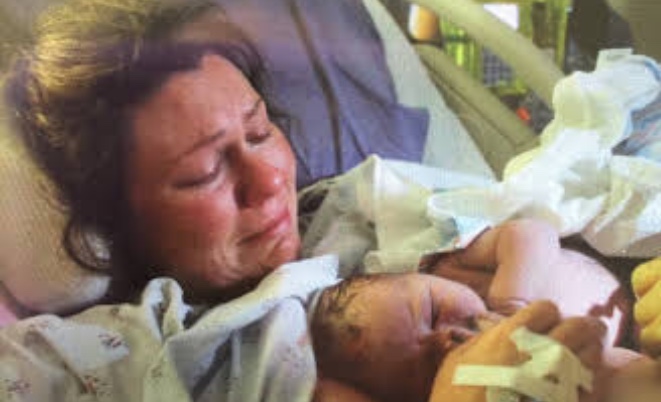 (Just moments after birth)
I was up and showered within 3hrs of his birth and then walked down the hall to my recovery room. The next 36hrs of just Andrew and I with our baby were so special! And exhausting haha and seeing Mira meet her new baby brother was a moment I’ll never forget. Holding both of my babies in my arms was incredible! I am so grateful for our healing birth. And for our sweet wild free spirit! Our Son, Alistair! He came at just the right time, our light amidst the hardships all around us! His birth was the promise that healing was possible; and was a window into strength in never knew I had. His arrival showed That the possibilities for the future were wide open. He’s shaken up our lives in a Big way; They will never be the same and I couldn’t be more grateful ❤
Photo credit: The Darling Family
———–